Now I have it all.

The only thing that was missing - the boots! 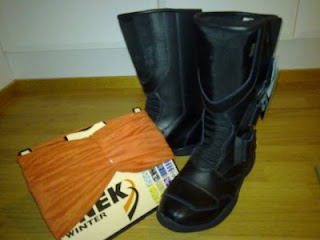 After the deep frustration last time, now I was better prepared when entering the garage again. I had got Le Manual (yes, it was in french...) and found both air filter and oil filter from there. Also I got a hot tip about the air filter. I'm starting to think that the man behind my whole motorbike hobby thing is irreplaceable. Thanks - again!!!

Then to the garage... First I checked that the oil filter is where the manual claimed it to be. Yep - there it was! 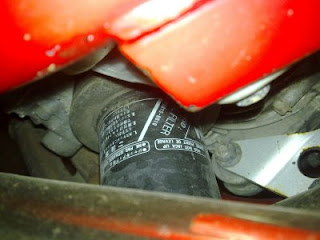 This time the plan included only detaching air filter. Last time it was totally lost. But now... air filter - come out, come out, where ever you are!!!

The hot tip and Le Manual both claimed that it would be under the gas tank! Wow, that I didn't think last time. Now I had also seen the picture, so it somehow makes it easier to look for it...

First obstacle in the way of releasing gas tank was the "thing" that locks up saddle. Of course, CRC was needed. That, by the way, seems to be very precious liquid!!! I can not survive without it. Already addicted to CRC!

But that was the easiest part. Then some trouble came on the way. Serious trouble. (Beer break and smoke break would have been more than convinient here). After couple... of phone calls I knew how to go forward. First the gasoline shut-off was shut off :) and next fuel tube was released, but the tank didn't fit to come out. The gasoline shut-off was seriously in the way... Damn!

Some more phone calls and quick peak to manual (and memories from cafe break conversation from work) helped and gasoline shut-off was history. Then the last obstacle, one more screw which attached the tank was in the way. Some more CRC and TADAAAAAA!!!! Tank was released!

Oh, it really felt like opening christmas present as a child. So eager, ripping off the wrappings. I ripped off the gas tank... and THERE IT WAS!!! THE AIR FILTER!!!! Sooo excellent! (Almost as good feeling as getting o... into orbit ;)

Happy again. But how much cursing and frustration in required! Maybe that's why it feels so good.

Gas tank... get ready to be taken off: 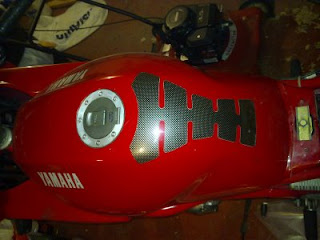 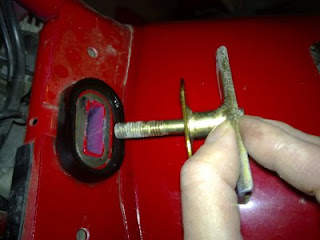 2nd obstacle... it took almost an hour to figure out how to overcome this. (Pitiful... it was so easy!) 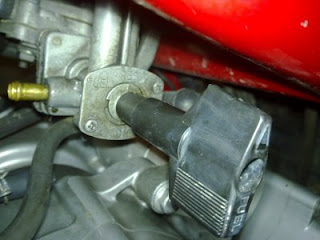 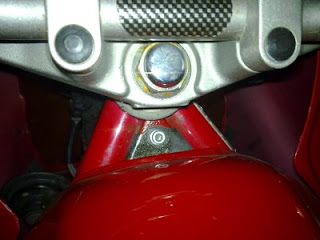 Well well, what do we have here!?! 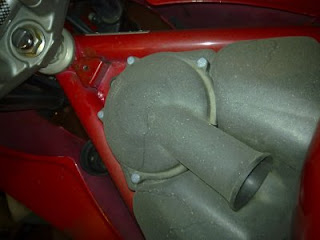 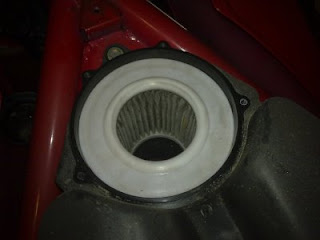 Oh what a beauty, so missed and wanted ;) 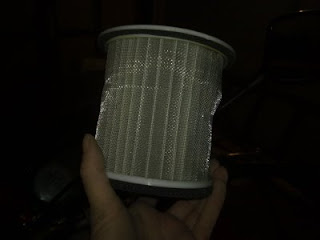